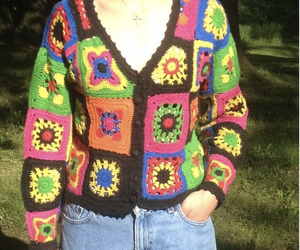 Crochet in the 1990s to Present; Wool Arts Timeline

Crocheting, though unclear in its origin, has become a distinguished craft and one of the more popular trends in recent times. In continuation of the series describing the significance of crocheting in each decade, this blog piece covers the 90s, 2000s, and its current infatuation. In the 60s, crochet blossomed even further. Alongside crocheted miniskirts, flared dresses, and the other swinging fashions of the age, there was also a huge trend for crocheted homeware. This included – pillowcases, doilies, coasters, and even hammocks. When the war ended in 1945, fashion took a complete turn by the 1950s. Clothing during the war reflected the priorities of men and women alike. Grim, dark (as the dye was expensive), and functional. The 1940s is a dark period in history. The decade was ridden with the horrors of war and its aftermath. The civilians suffered the most, unable to feed their families in a struggling economy. Buying new clothes that were thick enough for the winter was out of the question. People began to upscale anything they could get their hands on. Although people could not afford to buy cloth, the purchase of knitting and crocheting materials was at an all-time high. A classic book, called Creative Crochet with Carpet Warp and Candlewick Cotton, written by Anne Orr was published during this time. It’s safe to say, people were being very creative when it came to finding materials. There were also magazines that taught crochet, for example, the “Crocheted Afghans in Bear & Bucilla Yarns #315” and “Crochet for Your Home (Book No. 49)” from Royal Society e word crochet is derived from the Middle French word croc or croche, meaning hook. It describes the process of creating fabric from a length of cord, yarn, or thread with a hooked tool. We are excited to announce our partnership with Creatively Chic Crochet [@creativelychiccrochet on Instagram], a small business from the United States, Virgin Islands. They may be a small business, but their ideas are far from! They sell handmade crochet items, home decor, rugs, throws, winterwear and handbags – all displayed on their Instagram and Etsy profiles. What’s even better? They also take custom orders. March came along, and so did another episode of ‘Confessions Of A Crafter’ – starring our very own Arya Lovekar (Teacher) and Kavya Vijaysankar (Volunteer Head). This one tackles overambition and couldn’t be more relatable. Head up in the clouds and hands busy with projects we know we’ll struggle to complete – sounds about right. At the start of the month, we announced the start of a new cycle. The same ideals and the same mission but a different approach. We didn’t want to confine ourselves to just blankets and so we made the decision to move towards making ponchos. The most fulfilling aspect of a project like ours, is being able to witness, firsthand, the impact that a simple, homegrown idea can have.